ng homes were honoured to collect the Climate Challenge Fund Panel Choice Award on Wednesday 1st November at a prestigious ceremony at Dynamic Earth in Edinburgh. The Association received the award for their exceptional efforts alongside community members in tackling climate change in the local North Glasgow community.

Specifically, their initiative Embedding North Glasgow’s Green Legacy, which was facilitated by the Association, proved to be a huge success. The project reduced the amount of waste going to landfill and created opportunities for recycling and re-use. Sustainability and environmentalism continue to play a huge part of ng homes’ vision for the future of North Glasgow.

A distribution centre was established to help local residents divert furniture and household items from landfill, together with a doorstep textile collection service. The project has also raised awareness of climate change through the provision of creative activities such as graphic illustration sessions.

The CCF Awards Panel summarised the efforts of ng homes: “North Glasgow Housing Association stood out to the Awards Panel as an organisation that could easily have taken a top down approach to this project. Instead it embraced the ‘community’ ethos of the Climate Challenge Fund, building the project based on a community identified need, always listening for feedback, using community events to build support. The result was a project that had an impressive impact with a well established legacy to continue delivering carbon savings.” 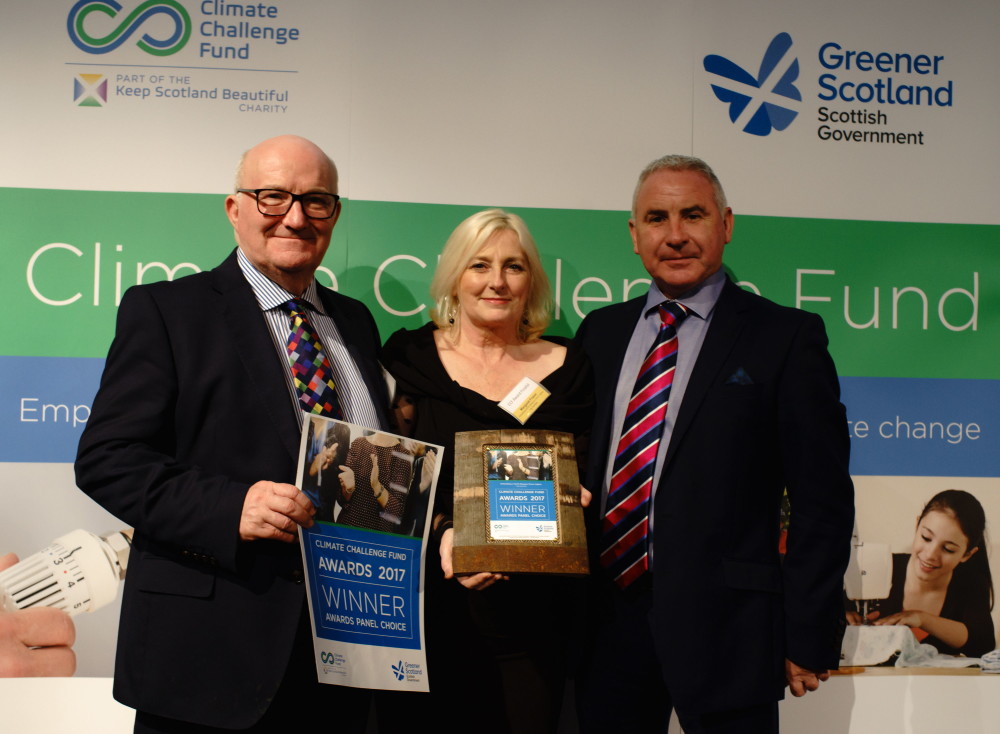 Margaret Fraser, Regeneration Manager at ng homes, added: “This project has been designed and developed alongside a diverse range of community members. They have been instrumental in the establishment of a redistribution centre and we continue to see high levels of donations of furniture, furnishings and textiles for recycling and reuse. They have also supported vital energy saving measures. This award is testament to the commitment and collective approach of tenants, staff, board members and partners.

We would like to thank ng homes CCF project staff , volunteer green champions and community members for firmly embedding North Glasgow''s Green Legacy. We would also like to thank Keep Scotland Beautiful for funding the project and we want to congratulate the other winners and nominees for their commitment to making a difference to the environment.”

The CCF has been a huge success so far, with grants totaling £85.8 million being awarded to 986 projects and 622 communities since it first began in 2008. Projects range from energy efficiency, to sustainable transport, to local food and resources.

ng homes remain committed to challenging the issue of climate change and are delighted to have been recognised by the Fund.