A member of ng homes’ board was recognised by Partick Thistle FC as a Community Champion at the football club’s home stadium Firhill for his ongoing dedication to the North Glasgow community.

Richard Porter, who lives in North Glasgow, has been a Board member at ng homes for the last five years and during this time his commitment, passion and energy to make a difference has been obvious for all to see.

Pauline Graham, Chair of the Partick Thistle Community Trust, knows just how important the influence of people like Richard is:

“Every day, the Trust meets people who are promoting such positive change and social supports in their communities. In association with our partners, PTFC and McDonalds Maryhill, we were delighted to honour Richard Porter, who was nominated by ng homes. Richard’s community work is exemplary and he is exactly the type of unsung hero that we want to publicly honour through the Community Champion Initiative.”

Alongside being an ng homes board member, Richard is also a massive supporter of community choices, which aims to put the power back into the hand of locals to make decisions and influence changes in their area. 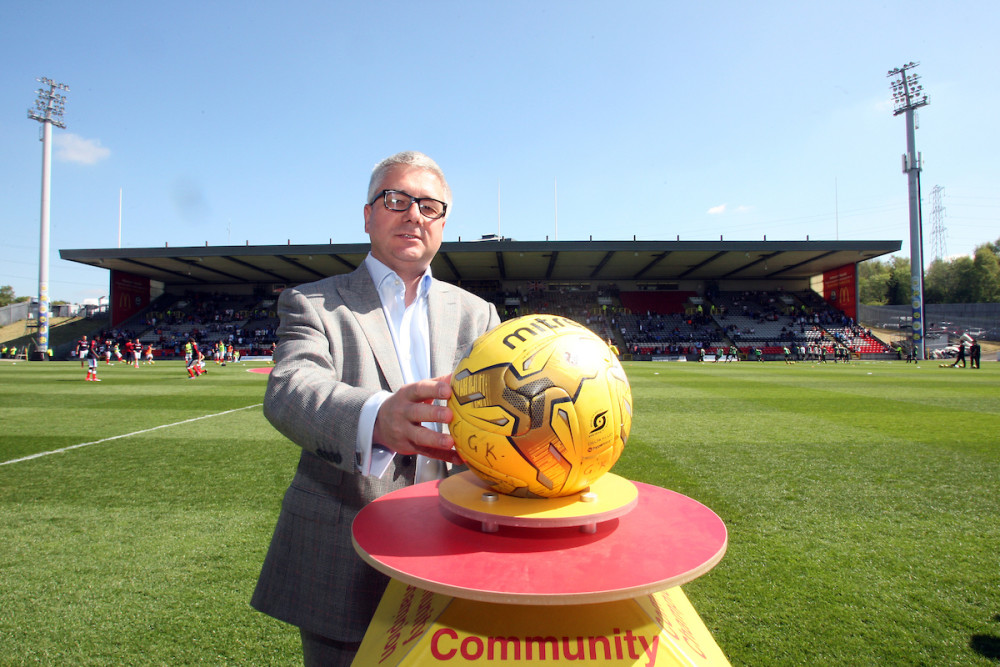 His work to represent parents in his children’s school has also been of huge benefit to ng homes ongoing commitment to regeneration in North Glasgow, and he is dedicated to the governance of the some 6000+ homes we support. Richard has also chaired the Glasgow Parent Council Forum, attended the Glasgow City Council, ‘Children and Families Committee’ and was Deputy Glasgow representative for the Scottish Parent Council. All while maintaining a demanding post with the Government and raising a young family.

On his work, Richard said, “I am passionate that the people of North Glasgow have a voice in their local community and also across the city and indeed at a Scottish level. I am a firm believer that everyone should have a voice and support in anyway they can.”

Richard is dedicated to improving North Glasgow and making it a great place to live, learn, work, visit and invest. ng homes cannot emphasise enough how proud we are of Richard for the work he does for the North Glasgow community, and for winning this award. His work has had a key influence on our partnerships with local schools, allowing ng homes to further integrate our work in health and well-being, money awareness and the environment.

ng homes Chairperson John Fury commented “It has been a pleasure to have worked with Richard over the last five years, we appreciate his excellent input during this time and we look forward to his contribution to our ongoing success in the future. Well done Richard!”