No Yes
Some of the Concierge team at ng homes

The Concierge team at ng homes have raised a total of £6,657 since 2013 through scrap metal recycling at the Housing Association’s Multi-Storey Flats.

ng homes’ Concierge have been recycling old metal from voids and donating the money they receive to charity. Donations have been sent to a variety of charities over the years including The Royal Hospital for Sick Children (Yorkhill) and Marie Curie.

ng homes Concierge and Property Manager Colin Leverage had the original idea, he then approached ng homes CEO Robert Tamburrini who agreed it was a great idea and gave his full support. Colin said “We started collecting the scrap from voids and using the money raised for charity. We also helped tenants if they wanted to dispose of old washing machines and cookers etc, and also focused on clearing up fly tipping in the area. We use a local scrap merchant as it’s better for the environment to go to a registered scrap recycling company to dismantle and separate the metals for reuse. It’s a credit to the hard work the Concierge do collecting these heavy materials for worthwhile causes.”

On top of the amazing donations made to charities throughout the city, the Concierge team have also got involved with another project which helps disadvantaged kids. The Concierge now collect old bicycles discarded by tenants or left in void properties and donate them to Blackhill On Bikes, a part of the St Pauls youth forum, that salvages and reconditions the bikes for re-use by local children. The idea to collect cycles for this great cause was suggested by Concierge, Frank Bradley. 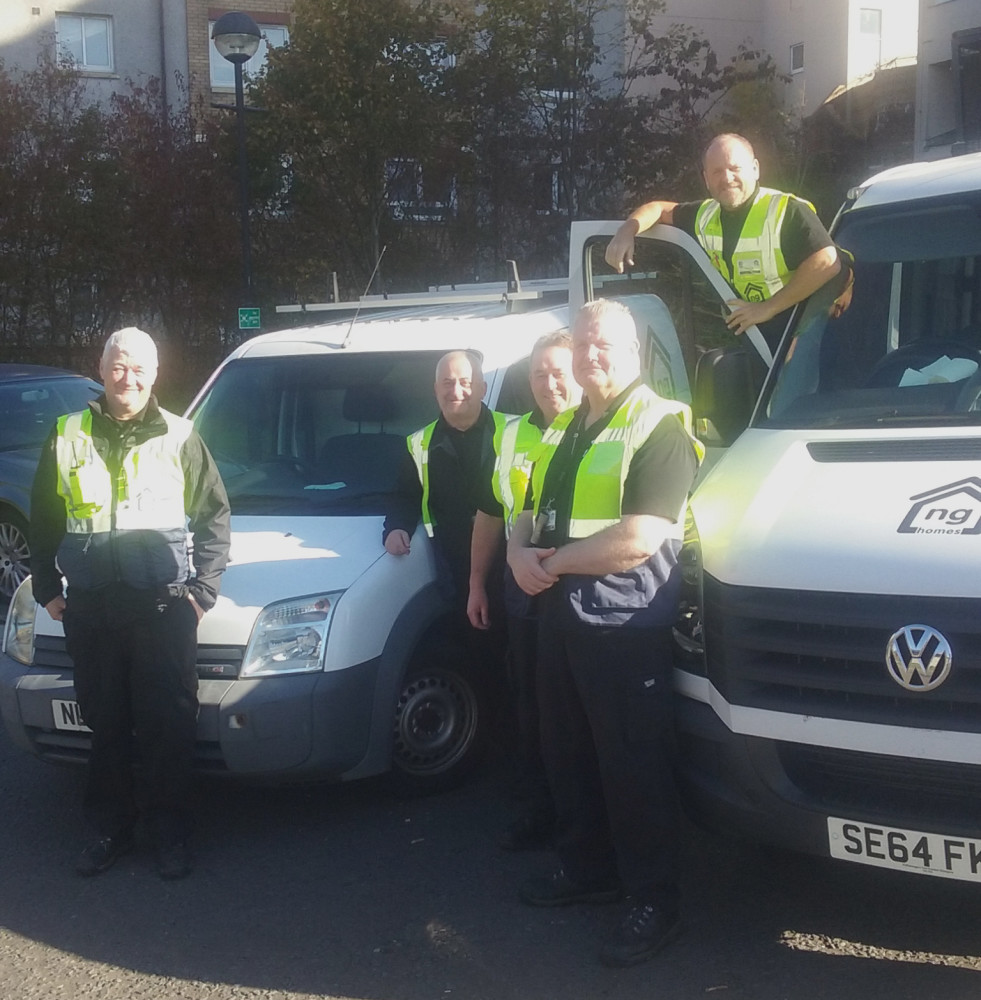 Ben Raw, On Bikes Coordinator thanked the team for their efforts. He said: “Thanks so much for your continued support. There is an amazing amount of families that your contribution is positively impacting.”

CEO Robert Tamburrini has expressed his pride at the work done by the Concierge team, stating “These activities are helping to make a positive difference in North Glasgow and I believe this good work is a reflection of the culture at the Association. We want everyone involved in the ng group to be working to better the community and the Concierge team have found creative ways to achieve this.”

ng homes Chairperson, John Thorburn added “Everyone at ng homes is proud of the work being done to support local charities and recycle the goods. By doing so, the staff are not only having a productive impact on people’s lives, but they’re also playing their part in protecting the environment.”