Over 100 people gathered for a special event in the North Glasgow community to celebrate the work supporting the Growing and Sustaining North Glasgow’s Green Legacy project on the 21st March 2019.

ng homes began working around climate change issues a number of years ago, and one of the main challenges was to raise awareness and change attitudes. The project’s success over the years has stemmed from community members seeing the importance of changing their everyday actions and habits in order to have a positive and sustainable impact.

Fuel poverty is another area of importance in tackling energy efficiency and climate change. Poor choices or circumstances can put people into fuel poverty, however the expert support of ng homes’ Energy Efficiency Officer has been vital in helping individuals overcome this.

The special celebratory event was held in Springburn’s Petershill Club and was attended by community members, partners, ng homes staff and Board members, and local Elected Members.

“Although the ceremony tonight is to celebrate the success of the project, it also demonstrates the great things that happen when people come together and it impacts on strong community connections across age groups and cultures, gaining skills and experience and connecting better with services and venues.” 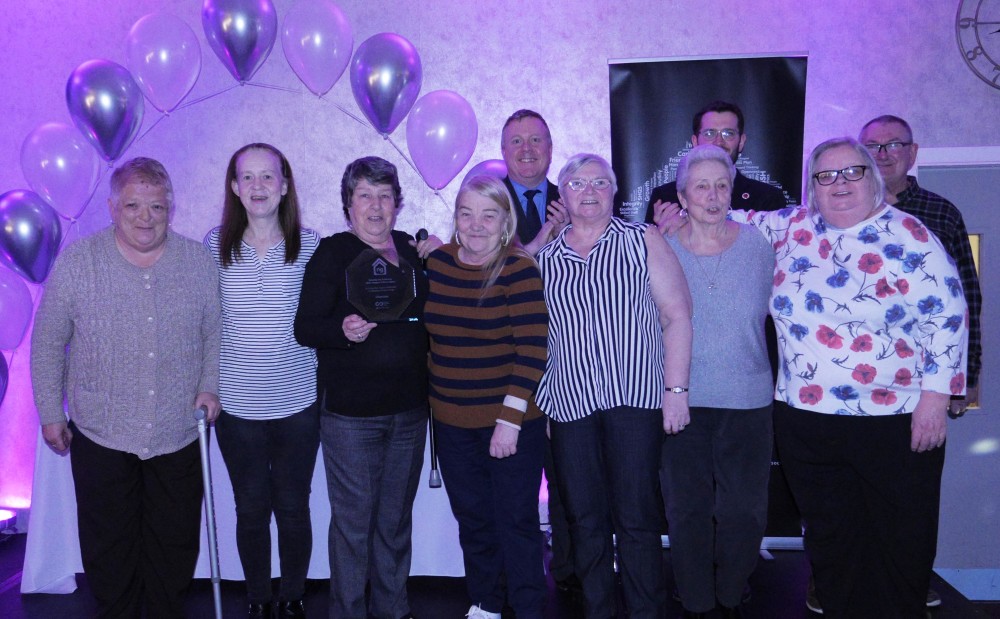 “It is clear from this room tonight that the level of community engagement is very powerful and that this is what has made the project the success it is. It is people who make the difference. The level of community involvement in designing and delivering creative sessions has been exceptionally high. It has been heart warming to see so many taking part over the lifetime of this project.”

Elected Members Paul Sweeney MP and Bob Doris MSP attended the event and congratulated the community on their outstanding contributions and presented awards.

“It was a pleasure to join up with ng homes and all the amazing volunteer groups across Springburn and Possilpark for the annual Climate Challenge awards at Petershill. We only have a decade left to take action before climate change becomes irreversible, so it is encouraging that so many people in our community have already sprung into action to play their part in making the practical changes needed to our lifestyles that will preserve our planet for future generations.

I was particularly impressed by the engagement of so many young people in the projects that received awards, as not only are they the ones who will be at the forefront of tackling climate change, they have already been inspired to lead the way in changing how we lead our lives to help protect our planet. Whether it is stopping single use plastics, recycling furniture or finding ways to educate our young people like Dekko Comics have done, all the Climate Challenge winners are worthy recipients and I look forward to working with them all to continue their work in the years to come.” 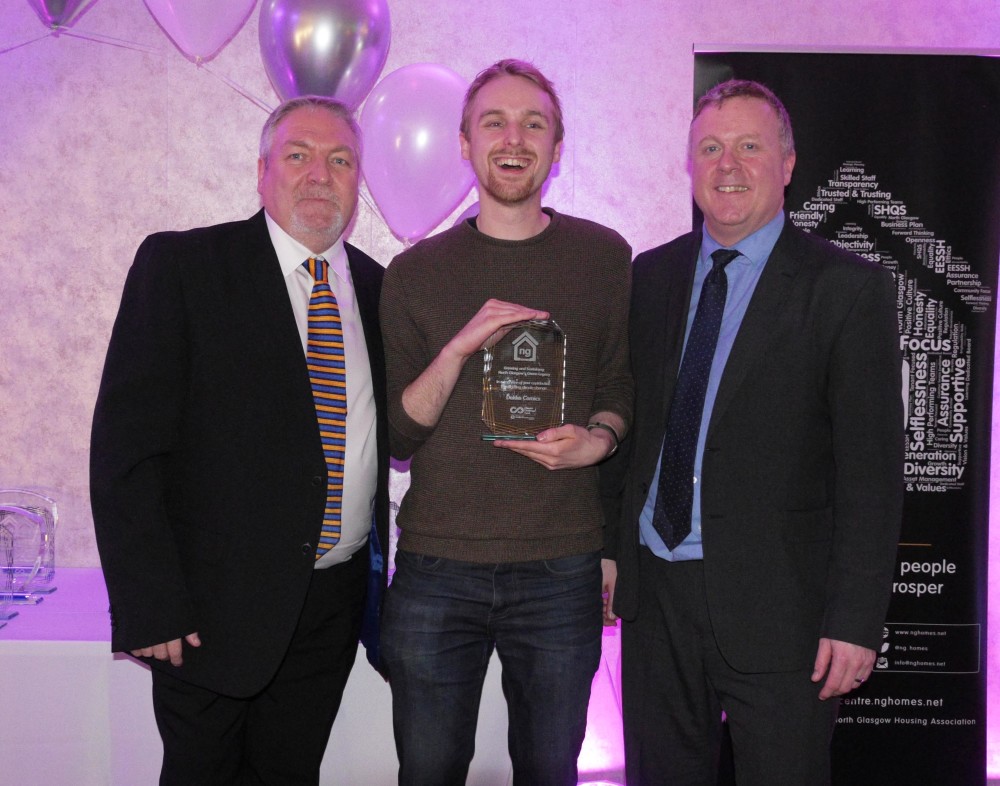 “It was a privilege to present awards to volunteers from such a wide range of community organisations. This is a testament to the significant efforts our local communities are making to play their part to support re-use, recycling and reduce waste. Most importantly volunteers are challenging and changing both culture and attitudes. That is why the part played by local school pupils was particularly heartening. We all have our part to play in tackling climate change and the strong Environmental partnership between ng homes and our communities is having a positive impact.”

Entertainment at the event was delivered by Johnny Cypher, who gave an amazing Climate Challenge Rap, followed by Divine Tasinda and dancers who performed powerful routines linking into the story of climate change.

Margaret Fraser concluded the event with special thanks to the ng homes CCF project staff Dom McInally, Ronnie Black, Evelyn Milligan and Joseph Brown for their work in supporting the community. 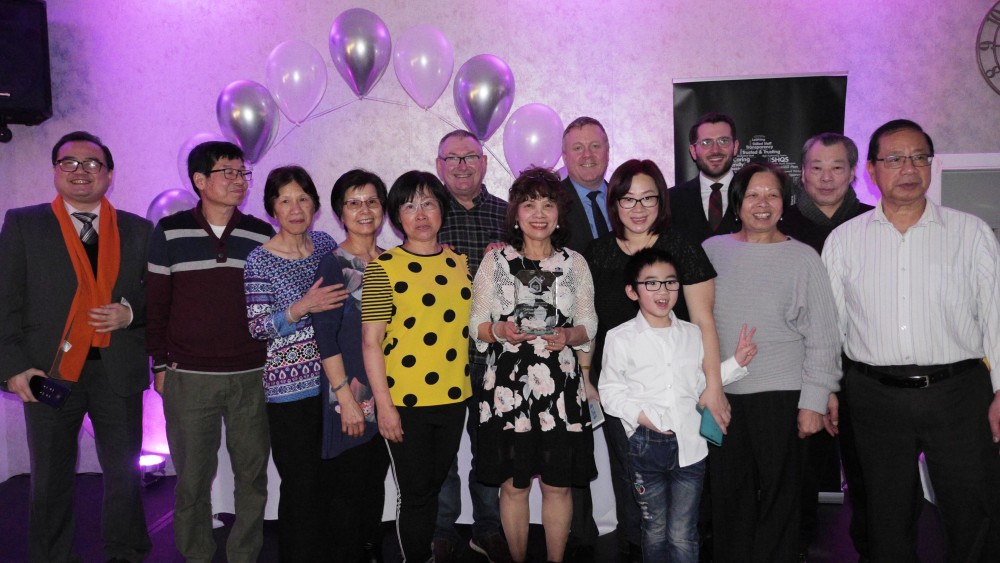 Awards were presented to: