The creative project was facilitated by ng homes in partnership with Dekko Comics. The initiative was made possible by funding through the Keep Scotland Beautiful Climate Challenge Fund.

The event was attended by local people, local organisations, ng homes staff and board members and local politicians. They came together to celebrate this magnificent achievement by the kids but also to highlight the importance of concentrating on environmental issues such as climate change. 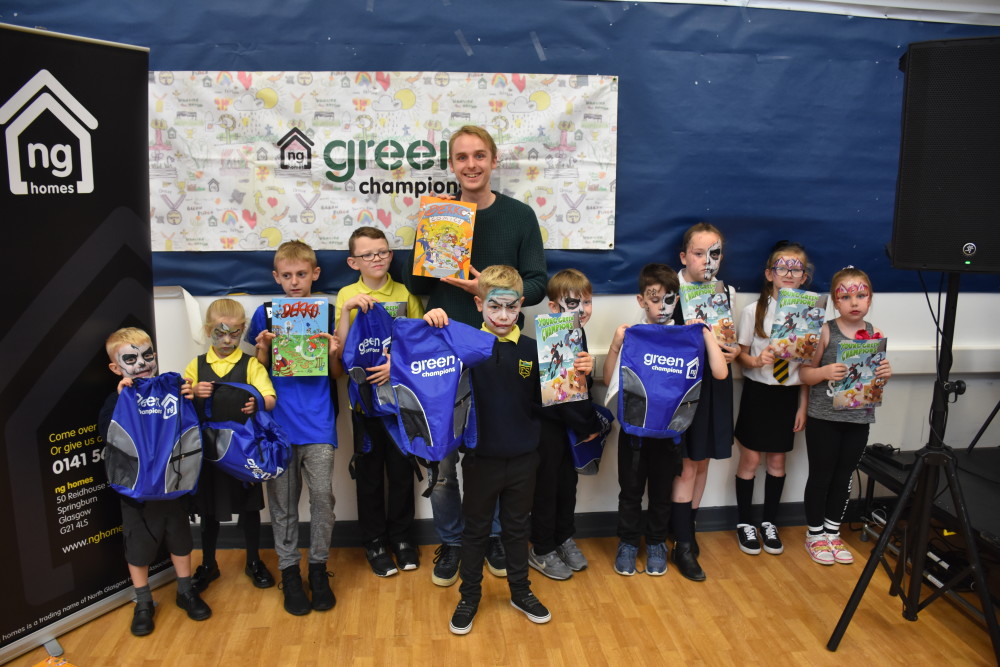 “I am delighted the Scottish Government’s Climate Challenge Fund has backed this community initiative to help tackle climate change,” he said. “It is particularly important to engage youth in such initiatives and north Glasgow’s Young Green Champions and the partnership between ng Homes and Dekko comics is both exciting and innovative.

“This partnership enables young people to be both hands on in taking environmental action but also to develop their own comic book.I am delighted to support this launch event and commend ng homes, Dekko comics and the youngsters involved for their efforts.”

The comic book is a creative way to display the challenges of environmentalism and climate change and engage children with eco issues. 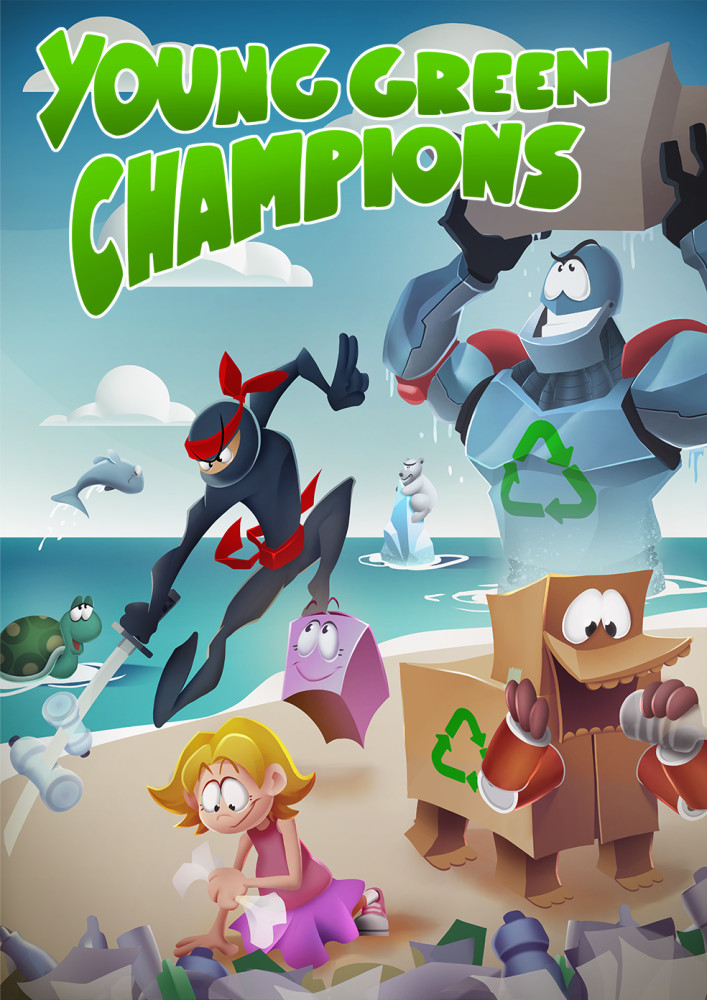 The Young Green Champions group, based in Springburn, has been a superbly well received exercise in getting young people involved with eco issues. As Dekko Comics founder Rossie Stone explains, it is in creatively displaying the issues where the success lies.

“It is important to communicate information through means that children naturally identify and want to engage with,” he said. “As Blue Planet 2 has shown us, entertainment and visual stimulation can be a powerful tool to teach about the impacts of climate change.”

The Association was delighted to facilitate the production of the comic book, and we were immensely proud of the success of the programme. Not only are we committed to challenging Climate Change and supporting eco-friendly programmes, but we are also committed to providing unique, creative and engaging initiatives for people of all ages.

“We congratulate the young people for their involvement in this project which will be really powerful in getting this message across to other young people. The technique of Dekko in using comic strips as a visual for engaging clear ways to impact on curriculum is showing great results.”

Couldn’t have done it without help from CCF

The Comic Book launch Event was well-received by those in attendance and we were delighted to bring together so many people to celebrate the Comic Book’ success.

The Young Green Champions Comic Book will be distributed to local schools.

We also want to thank our funders Keep Scotland Beautiful and the Climate Challenge Fund, without whom none of this would have been possible.

“Keep Scotland Beautiful congratulates all those in the community that were involved with the comic book project. We understand that the Green Champions attended several workshops to develop ideas for the comic and that lots of hard work was involved. In the Year of Young People we are delighted to celebrate the work of young people taking action on Climate Change so the Young Green Champions should be particularly proud of their contributions”.

We will continue to promote happy and healthy communities and to do our bit as a social housing provider to combat Climate Change.